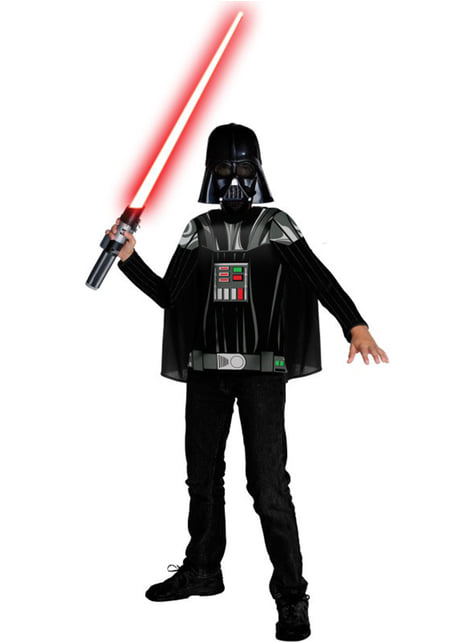 Cross over to the dark side with this Darth Vader costume kit for a child.

Includes a fantastic black shirt with a Darth Vader suit printed on it. You can see the shoulders and chest device and belt. This kit comes complete with a removable black cape with a great Darth Vader mask in black and grey.

Upload your photos to Instagram with the hashtag #funidelia followed by #funidelia12259.