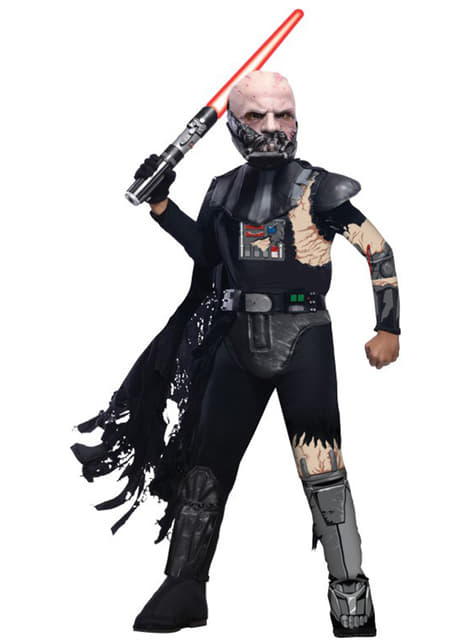 Deluxe Darth Vader injured in combat costume for a boy

After a tough battle you’ll still be standing with this Deluxe Darth Vader injured in combat costume for a boy.

This spectacular Darth Vader damaged in combat costume is full of details, including a black jumpsuit that features a battered and broken cape, a few broken castings and boot covers. The jumpsuit also shows that the Darth Vader costume is partially broken, exposing his battered skin or metal extremities. The costume is completed by a stunning mask that allows you to see part of the burned face of Anakin Skywalker.

Upload your photos to Instagram with the hashtag #funidelia followed by #funidelia12249.