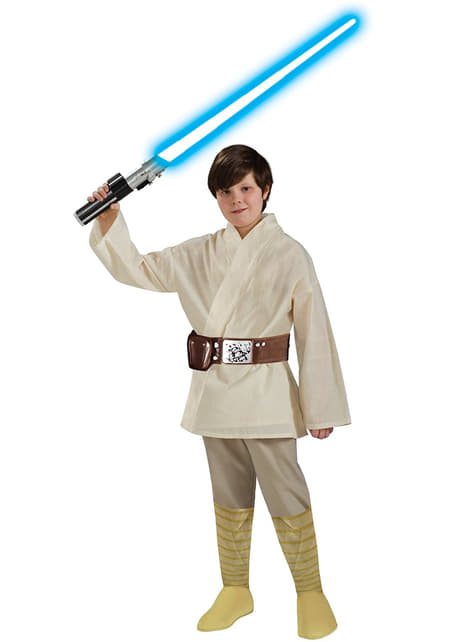 You'll bring peace to the galaxy with this Deluxe Luke Skywalker costume for a boy.

Luke Skywalker was a legendary war hero and Jedi who founded the New Jedi Order. He was the son of Jedi Knight Anakin Skywalker and Senator Padmé Amidala of Naboo, and the twin brother of Leia Organa. He joined the Alliance to restore the Republic and his greatest feat was to destroy the first Death Star. He was also responsible for influencing Darth Vader, the Sith Lord (who was his father), into helping him and killing Emperor Palpatine, initiating the way for the fall of the Galactic Empire and the formation of the New Republic. He was later promoted to general, though he left the army to become an influential member of the New Republic and a prominent Jedi Master. 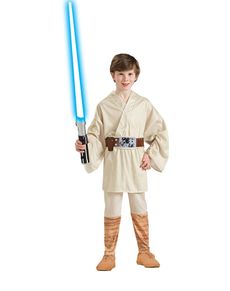 Upload your photos to Instagram with the hashtag #funidelia followed by #funidelia12253.