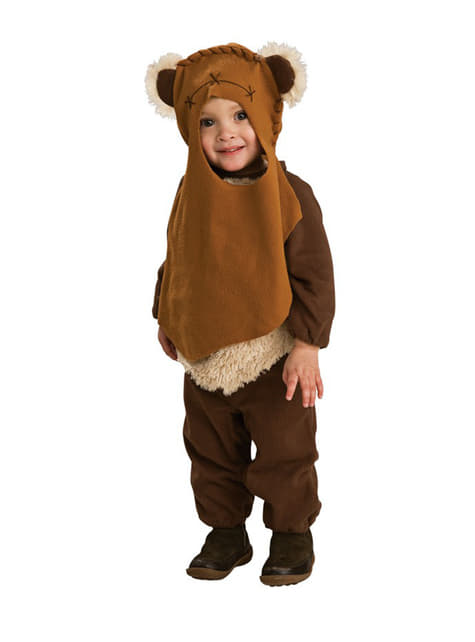 Fight in the battle of Endor against the Galactic Empire with this Ewok Star Wars costume for a child.

The Ewoks were a civilization from the Star Wars universe. It was a bipedal, hairy species of small stature that abounded in the trees of the forest moon of Endor. They possessed primitive technology but were still vital to the victory of the rebels in the Battle of Endor. The Ewoks believe they are spiritually united with the immense trees in which they live and, like most cultures based on the worship of nature are very peaceful, friendly and confident. But it doesn’t mean they don’t have extraordinary physical strength and great intelligence.

This cuddly Ewok costume includes a brown jumpsuit with beige fur and headpiece with brown ears, beige fur and fabric covering the head, as used by the Ewoks.

Upload your photos to Instagram with the hashtag #funidelia followed by #funidelia20451.