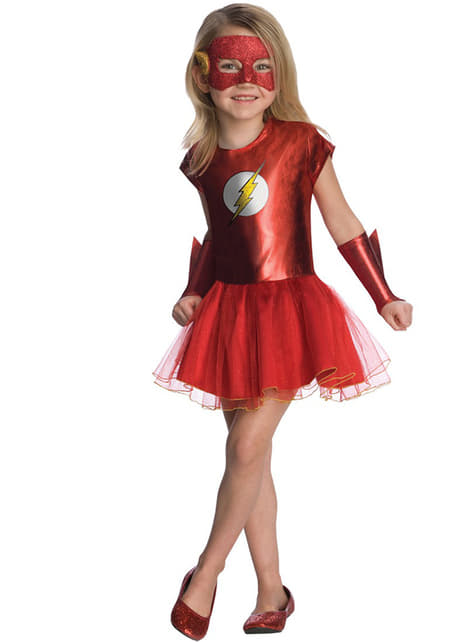 You’ll be the most beautiful girl at the party with this Flash DC Comics tutu costume for a girl.

Flash is a superhero from the U.S. company DC Comics who possesses superhuman speed, which includes the ability to run at high speed, superhuman reflexes and the ability to violate certain laws of physics. During his history, the various characters who have adopted the name of Flash in comic books are: 'Jay' Garrick, Barry Allen, Wally West, Krist Downing and Bart Allen. Flash was a member of the Justice League (Justice League of America or JLA)

This adorable Flash costume for a girl in bright red includes a dress with a tutu skirt, and a glittery eye mask. 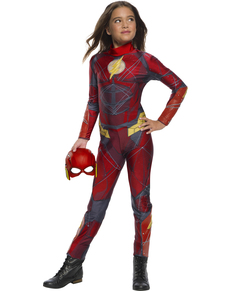 Upload your photos to Instagram with the hashtag #funidelia followed by #funidelia12341.