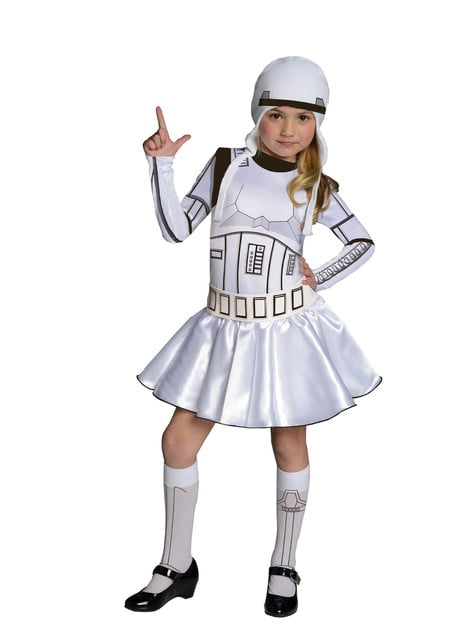 Stormtrooper costume for a girl

Defend the empire in style with this Stormtrooper costume for a girl.

The Assault Soldiers, also known as Assault Troops or Stormtroopers, were a group of elite shock soldiers of the Galactic Empire. Like Imperial I-class Star Destroyers and TIE Fighters, assault soldiers served as a reminder of the power of the Emperor, extensions of his will, and a way of keeping the hundreds of star systems of the empire under the yoke of fear. Star Wars is an American media franchise belonging to the genre of science fiction, and was conceived under the screenwriter, director and film producer George Lucas. The plot is situated in a very distant galaxy, where there has been a confrontation between the Jedi and Sith for centuries.

This Imperial Stormtrooper costume includes a white dress with many details in grey and black, a white hat, a white belt and grey socks.

Upload your photos to Instagram with the hashtag #funidelia followed by #funidelia12239.