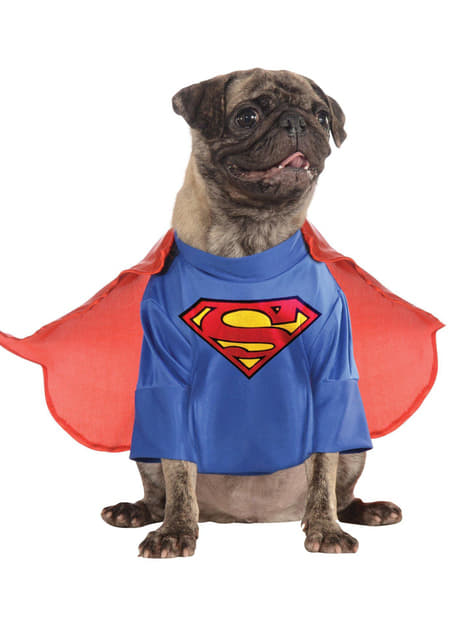 Superman costume for a dog

Let your dog save the canine species with this Superman classic costume for a dog.

Superman is one of the most powerful superheroes in the DC Universe. His abilities include incredible strength, super speed, invulnerability, freezing breath, flight, and heat vision. Born as Kal-El the on the planet Krypton, his parents Jor-El and Lara send him on a rocket to the planet Earth, where he will be one of the last survivors of their race. His rocket was discovered by Jonathan and Martha Kent, who raise him as their son Clark Kent in the town of Smallville, Kansas. In his parallel identity he works as a reporter at the Daily Planet in Metropolis city. In the majority of his representations, his greatest enemy is the brilliant Lex Luthor.

This fantastic Superman costume includes a blue t-shirt with sleeves and the Superman symbol on the chest and a detachable red cape.

Upload your photos to Instagram with the hashtag #funidelia followed by #funidelia30111.