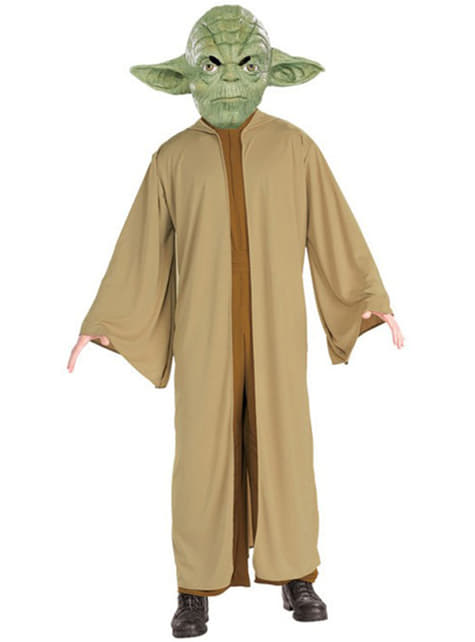 Yoda costume for a boy

Includes: tunic with hood and mask

You’ll be able to feel the Force with this Yoda costume for a boy.

Yoda was one of the most renowned and powerful Jedi Masters in the history of the Galaxy, and one of the few Jedi of the Galactic Republic to to survive until the Galactic Civil War. The most perceptive Master of the Order, he served as Grand Master during the Clone Wars and the founding of the Galactic Empire, after which he fled to hide from the Great Jedi Purge. Although Yoda was one of the most respected members of the Order, he was not perfect. It was partly due to his lack of vision that the Jedi Order was destroyed by the Sith Lord Darth Sidious, and the Republic replaced by the Empire. Still, he would correct his mistakes by playing an important role in subsequent galactic events, training Luke Skywalker during the Galactic Civil War. After his death in 4 ABY, he became one with the Force.

This costume includes a beige and brown hooded robe and a magnificent green Yoda mask. 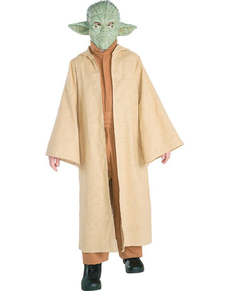 Upload your photos to Instagram with the hashtag #funidelia followed by #funidelia12246.